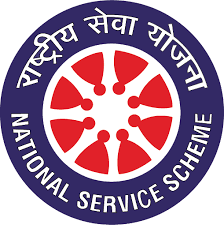 In April 1967, the Conference of State Education Minister recommended that at the University stage, students could be permitted to join the National Cadet Corps which was already in existence on a voluntary basis and an alternative to this could be offered to them in the form of a new programme called the National Service Scheme (NSS). Promising sportsmen, however, should be exempted from both and allowed to join another scheme called National Sports Organisation (NSO), in view . of the need to give priority to the development of sports and atheletics.

The conference of Vice-Chancellors in September 1967 welcomed this recommendation and suggested that a special committee of vice-chancellors should be set up to examine this question in details. The details were soon worked out and the Planning Commission sanctioned an outlay of Rs. 5 Crore for developing the NSS during the 4th Five-Year Plan as a pilot projects in selected institutions and universities. In pursuance of these recommendations, the Minister of Education introduced the National Service Scheme during 1969-70. The choice of the timing of its introduction was remarkably suspicious as 1969 was the birth centenary year of Mahatma Gandhi, the father of Nation to whom social service was almost a religion.